A few years ago I saw a movie called The Monuments Men. It is a simple story of art curators assembled as a special team to recover and restore all the art stolen by Nazis during the World War II. It is a well made movie with some big names like George Clooney and Matt Damon. There were some really powerful thoughts expressed in this movie and I noted three of them down.

These three thoughts really stirred something inside me. India is a country with deep heritage and history but most often than not it is viewed from the perspective of the western world. The Indian sub-continent was invaded by the Islamic warriors from the 10th century AD. All these invasions were started with a single minded focus of stealing wealth from the Indian sub-continent and later on transformed into expansion of Islam. Mahmud of Ghazni attacked India 17 times and looted many temples including Somnath. His armies destroyed many monuments, pieces of art, sculptures and killed thousands of people. In the 12th century a Muslim Sultanate was established in Delhi and first thing that they attacked was the native culture. For next 500 years innumerable number of cities, monuments, temples, and libraries were sacked. Millions of manuscripts and books were burnt and knowledgeable people were killed to ensure that the Indian heritage was erased from the face of this earth. Forced conversions and loot was quite common. Native Indians did fight back and there was significant resistance in some parts of India. Maharana Pratap, Chatrapati Shivaji, Chatrasal Bundela and many other fought the war in their own way and Chatrapati Shivaji successfully created a Maratha empire that defended India for about a century. Post that period India was ruled by the British, the French, and the Portuguese. All of them came in as traders, took advantage of the weak leadership (and internal disputes) in India and gained control over the territory. Our history was rewritten from their perspective and new fictional theories were invented including the Aryan invasion theory. They told us that our native languages and culture wasn’t good enough and they were in India to lift us out of the misery. They destroyed the Indian education system of Gurukuls and took control of Indian temples that practically represented largest collection of architecture, art, and wealth.

I sometimes wonder how our culture survived. Imagine the will and grit of our people across different social strata to fight for their culture. If it wasn’t for them, history of the oldest civilization would have been finished. 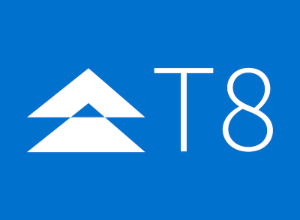