We woke up to the news of siege in Sydney on Monday and went to bed with horrifying images of barbaric attack on a school in Peshawar. While only two precious lives were lost in Sydney, Peshawar witnessed over 140 deaths (mostly children) as per the official account. All those who died during the Sydney siege made one mistake – they went to Lindt café on Monday morning but all those the innocent children who died in Peshawar were paying for the mistakes of their parents and families for being silently accepting terrorism as a state policy and not fighting against it. Every life is important irrespective of country, religion, race, caste and class. So all I can say is Rest in Peace innocent souls and probably you’re liberated from this hate filled world.

Both these incidents demonstrated hate and involved people who propagate religion of peace – Islam. I could only see hate in these actions and could not find any peace. I know I’m politically incorrect when I say all organised religions claim to be peaceful but deep inside hate the non-believers and call them Pagans or Kafirs. If you honestly evaluate history then you will find enough evidence of mass murders and atrocities under the name of religion across the globe. And no other country knows this better than India as we have suffered through that for over 1000 years. So unless we challenge the notion of my God is superior to your God we can’t remove this hatred. And unless we remove this hatred innocent people will continue to die.

These two attacks also highlighted hypocrisy of people on social media and journalists. Showing solidarity in difficult times is good but showing off solidarity is meaningless.

#illridewithyou hashtag started trending on Twitter and suddenly the world was talking about this great gesture. I ask a simple question – what is so unique and meaningful about this initiative? I have always been riding with people irrespective of their religion and race ever since my school days. I have never differentiated with people based on their religious ideologies. I didn’t change after 9/11, wars in the Middle East, and numerous terrorist attacks in my home country India. #illridewithyou actually demonstrates deep down self-doubt of all those people who have been tweeting it. And to a certain extent it is derogatory to all those law abiding Muslims who had nothing to do with the Sydney siege.

Coverage of Peshawar attack in Media and on Social Media platforms demonstrated highest level of hypocrisy. Indian news channels sprung into action with their usual cacophony and rallied so-called intellectuals from India and Pakistan to join their studio discussions on the attacks. What is there to discuss? In my opinion intellectuals in Pakistan should have been on-ground helping rather than sitting in studios and discussing useless things. And intellectuals from India should have thought about how to secure India from such attacks rather than doing melodrama on Television. Classic example of this was Nobel Laureate Kailash Satyarthi. I heard him say – let Taliban take me hostage and release these children and these are all my children. Really? So as a father why are you not rushing to the scene of horror to help the children? Why are you not in North Waziristan so that you can surrender to Taliban and ensure no future attacks take place? Do the Taliban really give any value to Kailash Satyarthi? I respect him for his work for children and winning the Nobel Prize but comments like these makes me wonder whether he really understood the gravity of the situation.

TV panel discussions were full of panelists from Pakistan who left no stone unturned in blaming India for this attack and idiotic TV anchors engaged them enough airtime to spread more hatred. Needless to say many of these guys were in denial or paid propagandists. Of course the Indian intellectual were racing to outdo each other in proving that there is nothing Islamic about this attack. Journalists and writers are good at sensationalising issue. Immediately many of them made references to RSS and compared with Taliban. When was the last time RSS did an attack? It has existed for almost 90 years and I don’t remember them carrying out any terrorist act. On the contrary Taliban is all about terrorism. I sometimes wonder whether these guys really understand ground realities or they’re paid in cash or kind to do propaganda or taking the RSS name gets them eyeballs.

#indiawithpakistan hashtag started in no time and people from India went into hyperactive mode in making it a trending hashtag. Well done tweeple as it did trend but so what? What does the hashtag mean? Are you going to go across the border and help rebuild lives? Are you going to join the army and eradicate these terrorist elements? Where was your solidarity when several attacks happened just a few days ago in Kashmir and small children lost their fathers? Where was your solidarity when our soldiers were brutally beheaded? And have you forgotten 26/11 and many other attacks? And what about Kargil? All of them were supported from Pakistan and were carried out under the mentorship of the Pakistani army & ISI. And who are were standing with? Pakistani Army or ISI or Nawaz Shariff or Intellectuals or Journalists or Cricketers like Imran Khan or people who celebrate with sweets when attacks happen in India or the silent majority who doesn’t say a word (at least openly) when Indian bleeds? I cannot stand with any of the above-mentioned people. I can only stand with the victims and their families to offer my condolences. I can only stand with the Pakistani people who don’t hate India. I can only stand with the Pakistani people who are standing up against terrorism and rejecting it in totality and not selectively. I’m not interested in a debate of whether it is a failed state or not but there are many Pakistani people who don’t want to fail in life and they’re rethinking the idea of Pakistan. I met a young Pakistani driver last month in Australia. We got talking on a long drive to the airport and he said he came to Australia to study computer science and worked as a taxi driver at night to fund his education. He provided quite a bit of insight into situation in Pakistan. He summed it up with one sentence in a very sad voice – earlier people used to say ‘Pakistan Zindabad’ (long live Pakistan) and now they say ‘Pakistan se zinda bhag’ (run away from Pakistan).

But all is not lost and I have hope because this attack on children will awaken mothers. And when mothers wake up and take charge of the situation they have the power to challenge the impossible. I sincerely hope that for the sake of humanity mothers in Pakistan will wake up and fight terrorism in totality and most importantly teach their children not to harbour hatred. 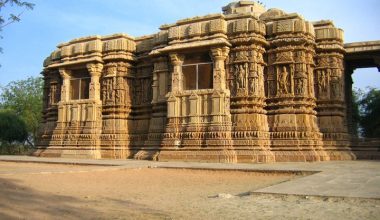