Our kids deserve a life beyond screens

Last month my 3 years old son came back from a play date and asked me: “why are we so poor?” I asked him what he meant by that and he explained with a very sad expression on his face: “we are poor because I don’t get to play with iPhones, iPads, and laptops?—?and also I don’t get to watch any TV.”

My wife and I were stunned with what he asked but we decided not to let his question go unanswered. I started reasoning out that we were not poor as there were many devices in our house?—?3 laptops, 3 iPads, 4 smartphones, gaming devices and a big TV screen. He countered instantly: “that is true but I don’t get to use them as my toys?—?so does that mean only I’m poor?” At this stage both wife and I almost wanted to say… “Oh yeah poor you” but avoided our temptation and progressed the conversation further. We explained that all the screens in our home were not toys and they were meant for work. He countered that immediately: “if they are only for work then why angry birds and other animals stay inside these screens. My friend’s mummy shows him angry birds every day and he can also play with Pandas.” We braved the conversation further and explained that these characters don’t stay inside but only their photographs are inside. The real animals stay in the jungles and sometimes in different zoos around the globe. And we gave him a choice: “do you want to meet real birds and animals or just see their photographs?” After giving some thought he decided to meet them in real life and we were happy that the conversation was over.

It made me think hard and several thoughts emerged in my mind.

I see kids across age groups spending excessive time with screens and devices. Rather than playing with each other they’re glued onto devices. They are quickly replacing real experiences with the virtual ones. And even more dangerous trend is that they’re starting to believe that the virtual experiences equal real experiences. A friend’s son told me once that he is very good in golf. I was really impressed with the 12 year old and thought living in China this kid has actually learnt Golf. Later I realized that he was referring to playing golf on his gaming device. And his parents were very proud of his virtual golf with an impressive handicap of 6. I fear that if and when this kid steps onto a real golf course he is going to face the harsh reality. I recently heard another friend of mine advocating ‘football on Xbox’ because cloths don’t get dirty and her son can avoid injuries. Are we replacing real-life experiences with the virtual ones?

Many parents argue that their kids are becoming smarter because of the devices as they’re a source of learning and they (parents and kids) can’t live without the devices. I wonder how did kids and parents manage before Steve Jobs launched touchscreen devices. I can’t digest the argument that we need iPads to teach our children how to count, how to sing, how to dance, how to jump into a puddle, how to behave, how to study, and even how to cycle. Instead of introducing them to different objects in real life we use tablets to explain shape of a boat or sound of an aircraft. For even simple activities and answers in life parents tell their kids to search on Google. Recently I heard a lady boasting about her daughter’s ability to write project reports using Google.

I fear very soon we will start giving devices like Google Glass to our kids so that they can navigate things easily. Are we discouraging our children to be curious and thereby turning them into shallows?

I feel parents are pushing their kids towards the devices (knowingly or unknowingly) as it helps them in keeping the kids quiet. It probably helps in creating more ‘me time’ for parents. Nothing wrong in craving for the ‘me time’ but I’m sure we can find other ways to achieve it. I have not seen any sensible parents giving addictive substances to their kids so that some quiet time is achieved. Addiction to screens and devices is no less than addiction to drugs. Are we pushing our kids towards a lethal addiction that would harm them (and the society) in the years to come?

I love technology and think it has impacted human life in many positive ways. But I also think that over dependence on technology is harmful and we are actually crippling our kids by exposing them to technology during their most impressionable years. We may not see the adverse impact of these devices and screens today but it will become apparent when history of times will be written.

I think our kids deserve a life beyond screens…and at least for me I’m trying very hard to make it happen for my kid. 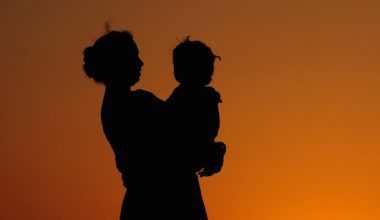